Garth Daniels under The Charter of Human Rights and Responsibilities Act has under Section 9, a right to life...

"...the entitlement ...not to suffer death or to be at risk of death under the Charter" [ Judge J.Byrne, Supreme Court of Victoria, Australia, 21 October 2008].

Garth Daniels developed treatment emergent Neuroleptic Malignant Syndrome (NMS- a rare but potentially fatal condition)on the drug Thiothexene of which Zuclopenthixol and its excipients acuphase and clopixol are the most potent of this series of drugs. Garth Daniels is allergic to both the phenothiazines and non-phenothiazines class. The clinical standard for the treatment of NMS is to immediately stop the causative agent, (in this case the drug).

NMS and Rhabdomyolysis are both potentially fatal conditions which can go unrecognised. In fact in a monograph on NMS attached to Garth Daniels medical files obtained under F.O.I. it states that "...Unfortunately, symptoms of NMS are sometimes misinterpreted by doctors as symptoms of mental illness delaying treatment". (Eastern Health ABN 68 223 819 017)

Garth Daniels has the potential to suffer serious bodily harm and possibly death should he develop full blown NMS, as there is no way of removing the drug from the system when given by intra-muscular injection. In Garth's case there is evidence of muscle tissue damage with creatine kinase levels reaching CK4700 outside the normal range of between CK75-CK175. There is also no antidote for overdose with zuclopenthixol. Notwithstanding the former, there are also other debilitating effects such as akathisia(inability to stand still), parkinsonism (tremor) and Tardive Dyskinesia [TD[(involuntary movements of the mouth)... these tend to go largely unnoticed eventhough TD could become irreversible.

Despite Garth Daniels agreeing to subject himself to taking the oral form (ie by mouth)of this series of drugs which gave rise to NMS, Dr. Douglas Bell, Assistant Clinical Director of Thomas Embling Forensicare and Dr.Kevin Ong Consultant Psychaitrist, treating Garth Daniels has directed that Garth Daniels against his wishes and without Garths consent has directed that the injectible form of the drug Zuclopenthixol be administered to Garth. This in addition to 50mg of oral intake of the drug(Rx).

Dr. Douglas Bell and Dr. Kevin Ong are intent on giving Garth a drug that they have been informed and are now aware Garth Daniels is allergic and which had in the past and could again give rise to greater risk and culminate in further irreversible damage with the potential to be fatal. Garth has already been given a test dose of 50mg of zuclopenthixol notwithstanding the 50mg oral intake of the drug over and above the injectible form. Within the next few days Dr.Douglas Bell and Dr. Kevin Ong aim to increase the imi dose up to between 200mg-400mg.

This is equivalent to saying if Garth Daniels is allergic to penicillan lets just give him a test dose and if there is no reaction we will increase the dose until we see a reaction. ["Excuse me Dr. Bell, what happens if the reaction is death?]. By administering this drug Dr. Bell is effectively increasing the risks of Garth Daniels potentially developing NMS and serious side effects which have been demonstrated to be harmful to Garth Daniels and which may cause further irreversible tissue damage and possible sudden death syndrome.

In 2003 the former Chief Psychiatrist of the State of Victoria, Professor Amgad Tanaghow directed a service to cease giving Garth Daniels Zulcopenthixol injections. And, again in 2006 Garth Daniels was given Zuclopenthixol with debilitating effects and attempts at substituting the intra-muscular injections with the oral form could not be aministered beyond 20mg without gross abnormalities in White Cell Count (WCC). Yet Dr.Bell and Dr.Ong deliberately choose to supplement the oral form of treatment with the high risk and intrusive form of intra-muscular injectionsof zuclopenthixol.

Garth Daniels hates needles but must now endure the embarressment of having his pants pulled down to be given these injections without his informed consent. The fact that Garth has provided Dr.Ong with a letter stating that he refuses intra-muscular injections and that Dr. Ong accepted the letter appears to be of little concern to these treating psychiatrists.

Dr. Bell is effectively experimenting with Garth Daniels, despite the fact that Garth Daniels does not meet the crieteria for detention within a forensic facility such as the Thomas Embling Hospital(sic). As Garth Daniels is not there under any Crimes Act or Sentencing Act Dr.Bell one would assume, does not have carte blanche Ethics Committee approval to experiemnt on Garth. In fact Garth Daniels is in Thomas Embling because psychiatrists decided he should be there, not the Courts.

Garth Daniels is guilty of only one thing and that is he has not committed any crime and has nothing to defend himself against, other than the whim of psychiatrists who now "act" as judge and jury and commit an innocent Garth Daniels...and arbitrarily subject Garth Daniels to a POTENTIALLY LETHAL INJECTION.

Garth Daniels under The Charter of Human Rights and Responsibilities Act has under Section 9, a right to life...

"...the entitlement of his son not to suffer death or to be at risk of death under the Charter" [ Judge J.Byrne, Supreme Court of Victoria, Australia, 21 October 2008]. 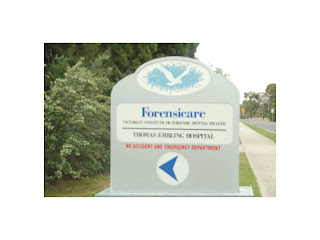 Posted by FREE GARTH at 2:05 AM No comments:

GARTH DANIELS - Thomas Embling Forensicare Hospital(sic). Not Guantonomo! The fence I guess is to keep the rabbits out. 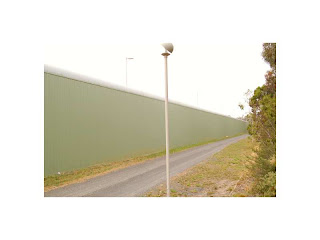 Posted by FREE GARTH at 3:10 PM No comments:

GARTH DANIELS - Inside Thomas Embling human cage surrounded by free birds. The New Planet of the Apes(click on picture for detailed view). 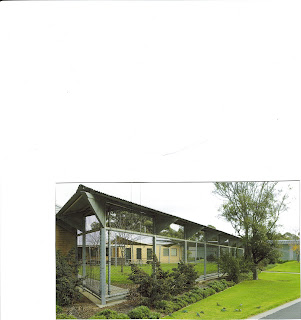 Posted by FREE GARTH at 2:17 PM No comments: