Garth Daniels - and the - Florence Nightingales 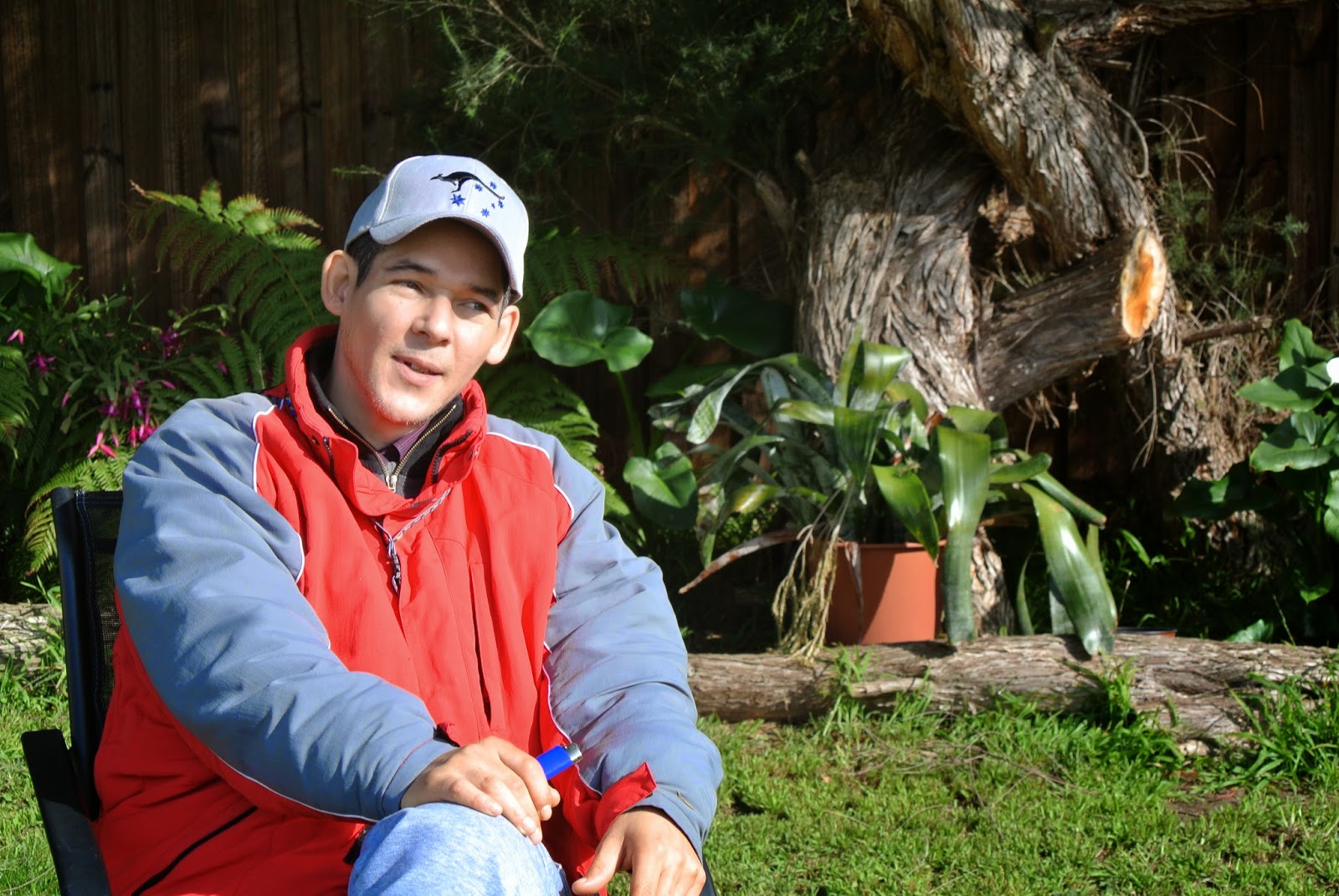 It has been seventeen years since that first admission of Garth Daniels being labelled mentally ill to which was added the word "violent".  What followed saw Garrth Daniels being shafted to and fro between these hospitals.  Not lost inbetween were charges and summons served upon Garth Daniels for alleged assault against staff while being treated under an Involuntary Order (ITO).  In 2014 we find Garth Daniels having gone full circle and once again admitted to Eastern Health.

Out of the east a paradigm shift… a psychiatrist director of the acute ward, the director of nursing and the psychiatry ward nurse unit manager… Transparent and open discussion… a collaborative approach by the treating team in communicating with the patient and… they listened to the family with a real sense of purpose and understanding.

What ensued was a level of encouragement unsurpassed…  a determination by those nurses some who volunteered to be involved in Garth Daniels treatment and care, under trying circumstances which may be described as frightening.  Caring in a controlled environment for a patient whose reputation preceded him and who had been to date described as violent...."not to be approached when unwell".

What changed may be best described as extraordinary… it was more than a paradigm shift...here we find the consultant diverging from the standard response of increasing dosages to C-Max, but rather a return to basics.  Open discussion with the patient and concerns of the family being placed first and foremost…   This despite a high level of abuse and acute agitation and aggression being directed at them by the patient in his delirious state.  And, an alleged history of violence enough to frighten away even the more seasoned and experienced nurses in psychiatry…  Yet, they persevered with an uncanny determination to get Garth Daniels well to return him to his pre-morbid state and sense of well-being.

While there is an association between high dose of anti-psychotic drugs and extra-pyramidal side effects (EPSE) and Adverse Drug Reactions (ADRs’).  Similarly, there exists a cause and effect relationship between elevated creatinine kinase (CK) a muscle enzyme of the skeletal system, psychosis and extreme agitation/aggression.  Except of course no one who treated Garth Daniels before would accept such an association.  It was perhaps easier to “blame” the dis-ease and the concomitant label of being mentally ill.  The latter being associated with Garth Daniels violence and notated that he be approached when unwell with "extreme caution…"

Of course it was not easy to get clinicians to consider the effects of polypharmacy; high dose anti psychotics or the impact of potent anti-psychotic drugs upon the 5HT2A cytochromes more than its effect on the D2 dopamine and its concomitant effect in elevating CK levels… until NOW. All credit to the treating team headed by Clinical Director, psychiatrist Dr. Jennifer Babb and her treating team who dared to stop and listen…

What has been the effect… a return to mono-therapy, a return of CK to normal levels, abatement of aggressive and violent outbursts; compassion and understanding by nurses, who through dedication to their calling… and encouragement from each other and their peers nurtured Garth Daniels the alleged violent  patient back to a state of well-being.

The template has been established and one that must not be ignored as contributing significantly to Garth Daniels returning to his pre-morbid state.  To those nurses who nurtured Garth Daniels under very trying and extreme levels of perceived and actual aggression and cognitive dysfunction… their efforts have produced a remarkable result.  And, while medication may have played its part... its the meticulous attention to detail ... the use of sensory measure all initiated by the clinical director/consultant... coupled with a level of nursing care that at this time is to be commended.

The standard of nursing is beyond reproach and those nurses from Eastern Health who may well stumble upon this blog… let it be known that their efforts will be long remembered and have not gone unnoticed.

A reflection of the leadership not only of the Consultant Psychiatrist, but also of MS.Rebecca Johnson, Director of Nursing and MS. Debra Siddell, Nursing Unit Manager... Foremost to those nurses who persevered with Garth Daniels in a manner that could only be described as being in the Spirit of Florence Nightingale.
Posted by FREE GARTH at 3:35 AM No comments: