"My life is my experience". Mahatma Gandhi 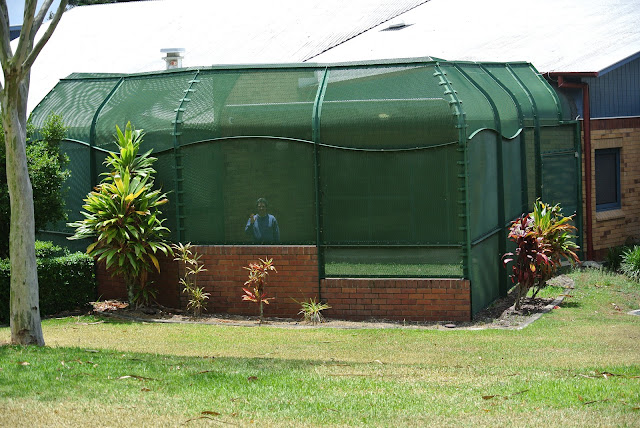 The rehabilitation enclosure at The Prince Charles Hospital (TPCH) Chermside Queensland Australia...at the stroke of a psychiatrist pen Garth Daniels was transferred from the Royal Brisbane & Womans Hospital (RBWH) for further rehabilitation.   Rehabilitation ?  To be subjected to further doses of clozapine which after four re-challenges "they"were forced to cease due to serious cardiac complications.  Complications which Garth Daniels and his allied person had apparently forewarned his" treating team".

What followed was the continuation of polypharmacy and regurgitation of failed treatments which "they" term treatment resistant. What a pity, "they" declared, he was doing so good on clozapine!
They would have solved his "schizophrenia" but not bothered that he would in all likelihood have died of serious cardiac complications.  Wonder whether "they" would have declared job well done?

Dr. Andrea Walker who was responsible for the administering of polypharmacy and clozapine  has since retired as the consultant psychiatrist at this rehabilitation unit.  But, as a result of those treatments initiated by Dr. Ravinder Sohal et al under the jurisdiction of the authorized psychiatrist Dr. John Allan at the RBWH and continued under the authority of A/Professor Gail Robertson at TPCH has resulted in Garth Daniels having to endure the vagaries of the iatrogenic effect of multiple drug prescriptions.

A new consultant has been assigned to treat Garth Daniels... and after a series of regurgitation of failed treatments appears to have realized that there is no merit in polypharmacy.  There has been active engagement with the family which appears to have initiated a reduction in prescription  drugs with a concomitant recovery of Garth to clear consciousness.

Akathisia, defined as a medication induced effect in the DSM appears to have been lessened and is commensurate with a reduction in polypharmacy prescriptions resulting in an absence of  aggression and alleged violence...  Outbursts of anxious terror and fear of becoming toxic culminated in accusations of  violent behaviour  which now leaves Garth Daniels to face charges of indictable offences.

Who is the real victim?