A case in History


In April 2008, an Australian Supreme Court Judge Bongiorno in a terrorist trial over mistreatment of prisoners inside the maximum security Acacia Unit, about 60 kilometetres from Melbourne, noted that the defendants had been kept locked in individual cells for up to 23 hours a day, with severe restrictions on receiving visitors....

Judge Bongiorno in relation to these prisoners confinement summed up the testimony of Dr.Douglas Bell, a government forensic psychiatrist, in these terms:

Consequently, Judge Bongiorno required the authorities to carry out a list of alterations which included 10 out-of-cell hours per day when the inmates were not attending court.

19 May 2016 - A new era begins for Garth and his family in Queensland...free from the abuse of  arbitrary detention and  systemic torture of isolation electric shock and over prescription of Pharmaceutical drugs outside of the manufacturers recommendations... 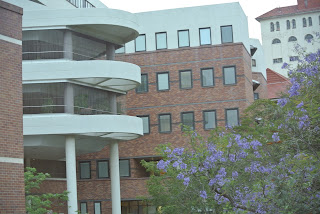 Why was Garth Daniels administered Clozapine against his wishes and under duress and despite assurances by QCAT that Garths EPOA and Guardian should remains as such with QCAT rejecting the application of the Metro-North Hospital Administration from acquiring Guardianship and Trusteeship of Garth Daniels affairs".

A project was set up to monitor for clozapine induced myocarditis with controls set up in the mid 1990's through to January 2010.

source:
" A new monitoring protocol for clozapine-induced myocarditis based on an analysis of 75 cases and 94 controls".Australian and New Zealand Journal of Psychiatry 2011.

The contemporaneous notes records Garth Daniels has had more than twenty-seven admissions (27) to various hospitals in Victoria.  Moving a patient form one hospital to another for audit purposes may of course be appropriate to regard a transfer as an admission, when in fact it was merely a mechanism for moving a patient perhaps to mask the perception that things were not as good as such wording as admission and discharge would have on hospital management audits.

Garths transfer from the Royal Brisbane and Woman's Hospital (RBWH) to The Princess Charles Hospital (TPCH)  may of course be considered purely incidental.   But, it raises the question that why after twenty-two months of treatment it appears the chief psychiatrist of Queensland, Dr.John  Reilly considers that Garth Daniels needs would better be served being locked up twenty-three hours per day in isolation.

Is the Chief Psychiatrist Dr. John Reilly from the Northern Territory perhaps forgetting that the State of Queensland does have a judicial process.  So, it is not expedient to simply ignore the declaration of a Supreme Court Justice - that is ignoring the declaration  and merely directing that Garth Daniels be removed from TPCH by police and transported to the Park Wacol, a Mental Health High Security Inpatient Services(sic) facility for its rehabilitation, education and research!